Books and the Ball 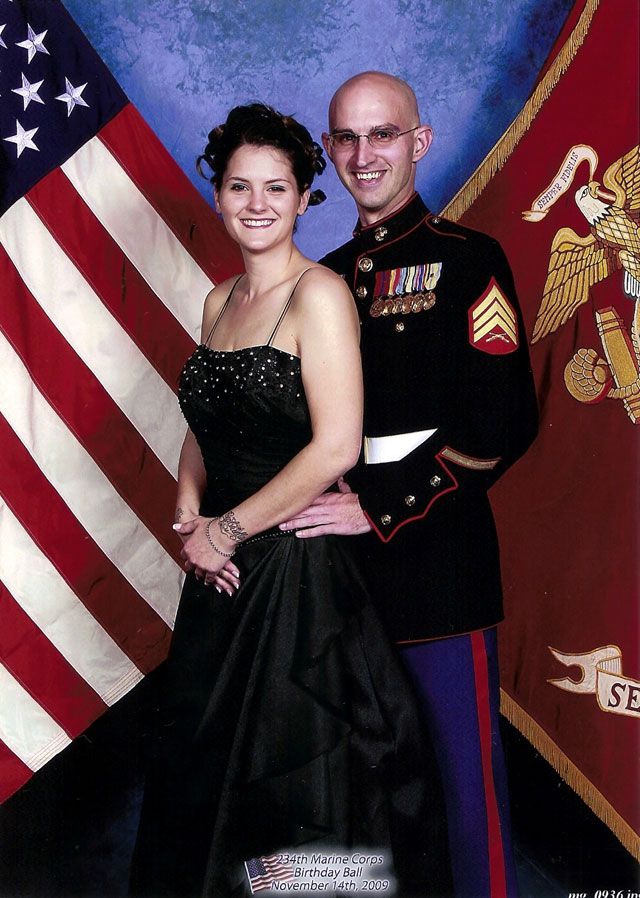 Hey Devil I noticed you did not have the Book "The Gift of Valor". I served with Jason at Marine Security Forces Kings Bay and I believe, with the new Marines today in combat, this should be on your list of reads. There are many lessons that can be understood by the younger Marines in it. Also I have included a photo of my girl and I because well I am just plain proud of her. I am sure you get tons of Ball photos. As I am a veteran and not Active we were guests of LtCol. Harrison and 2/14. Had one hell of a time.

Marines and Devil Docs and the holidays

It made me think, as I am now a Freemason and have many ties to the community I find many truths in the bond we share. Not only between US Marines and the Freemasons of course but, in our Masonic Lodge we have a Marine who was on Iwo Jima, another who was in the Chosen Reservoir, a retired Major from Vietnam, one who served during the peace time of the post Gulf War, and myself with the War on Terrorism. At my church there is an old Catholic Priest who during WWII was a Corpsman before becoming ordained; I do not call him father, I do not call him holly one, I do not call him padre I call him DOC!

I currently work at Miller Brewing Company in Fort Worth…(no free beer sorry I tried!)…. I have found another 0311 Sgt. who chewed some of the same dirt as I, and another Marine who was in Beirut. I was recently honored to be invited by the I & I Co. of 2 /14 to their Ball. I will say that no matter the generation, service time, severity of combat or peaceful winds of garrison, whether it is as a Marine of a Devil Doc all of us seem to be transported to happier if not simply more challenging times in our lives. We light up brighter then a soul on Christmas, with the holidays upon us it really does make you feel like your with family.

Marines and Devil Doc's everywhere Merry Christmas! We always remember the ones in the field, lets not forget the ones who pooped in our fighting hole before we got their… yes you know the ones! Same ones who now live in nursing homes, down the street, maybe need a ride to the VA, or just the one you never knew before it was too late.