It Should Never Happen 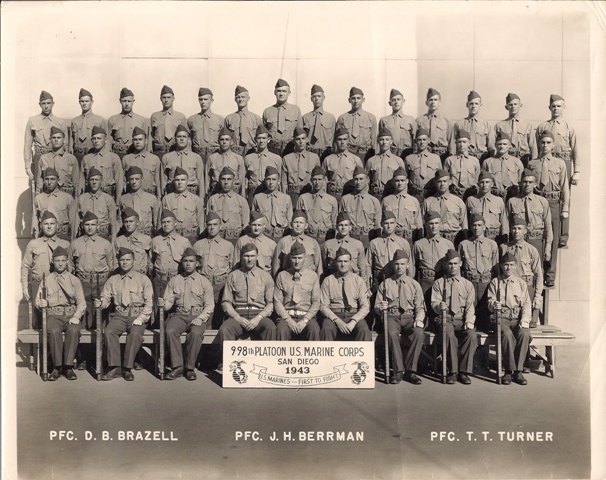 In regards to Sgt Ted K. Shimono, concerning Marine officers training recruits: it will never happen and it should never happen. On my first West Coast monitor trip in 1979 with then LtCol Charles Krulak, Commandant Robert Barrow and SgtMaj of the USMC, SgtMaj Leland Crawford, I did some recon for myself at MCRD San Diego. I found that while some of the language was toned down when others were around, our Drill Instructors were maintaining our traditions and regulations the same as when I was a recruit in 1965. I did not know until later that SgtMaj Crawford did the same; he found where a platoon commander (and some series officers) were promulgating their own instructions on behavior of DI’s that contradicted some of what the DI schools at both Parris Island and San Diego were teaching.

That night, SgtMaj Crawford initiated a conversation with the Commandant explaining what he (SgtMaj) had observed. One of those things had to do with a platoon commander writing a memo to all DI’s that “the DI’s should refrain from speaking to recruits from an elevated platform or position reflecting a ‘God like’ presence to the recruits.” The SgtMaj then asked the Commandant, “Do we still uphold and support the tradition that enlisted Marines, not officers, train Marine recruits?” General Barrow answered in the affirmative and before we left, all of those type memorandums were pulled in addition to some other corrective actions being taken. All of this was reported later to all the SNCO’s at HQMC by SgtMaj Crawford during a debriefing at Henderson Hall. Policy and directives come from the top down, not the reverse. All Marine Corps officers are responsible for promulgating policy where needed and enforcing those polices and others that come from HQMC; SNCO’s are responsible for carrying out those policies. I believe that the notion that our SNCO’s and NCO’s are not capable of carrying out these policies and that they lack leadership skills does a disservice to SNCO’s, our DI school instructors and the individual drill instructors.

As an aside, my father was a World War II Marine who served under General Holland M. Smith in the Pacific theater and if you will check out the attached picture of my father’s boot camp platoon (he’s in the front row, third from the right) you will notice that all three drill instructors were PFC’s. Many of the Marines in that picture did a pretty d-mn good job at Iwo Jima. Semper Fidelis!

I think it was sometime in 1964, Gen Shoup was still Commandant. The SgtMaj of the Marine Corps told the Commandant, during a trip to MCRD S’Diego (published in the Leatherneck Magazine)–that if the training of recruits was ever turned over to officers, we would lose the Marine Corps. It seems to me that after two tours, ending in 1970 that officers are getting more and more into how to train recruits. I remember a 1stLt left the Staff NCO Academy where I was stationed (He was a naval academy graduate), wrote a letter back to us saying he was surrounded by incompetence after becoming a series officer.

Well written Gene! Haven’t communicated with you for quite a while. Most Marines may know that each recruit battalion has a Battalion Commander (often a LtCol), and a Company Commander & Series Officer (often a Capt). At least that was the organizational structure when I was a DI at Parris Island (1967-’68; 3rd Bn). These officers oversee the enlisted personnel which includes the Chief Drill Instructor and Series Gunnery Sergeant. This chain of command may have changed. The important thing to remember is the officers let the Drill Instructors do their job. The officers lead and manage. They provide assistance. They also ensure DI’s are not doing anything illegal. On more than one occasion- as a DI -I’ve turned the lights on to wake up the recruits. Standing in the dark at the far end of the barracks, was one of these officers. Semper Fi! Tom Rutherford, Sr. Capt USMC (Ret); Director, Special Security, Space & Defense (Ret)